The Danger UXD episode of Only Fools and Horses aired in 1989 and featured one of the sitcom’s most memorable moments involving self-inflating dolls. The plot follows Derek ‘Del Boy’ Trotter (David Jason) on a quest to earn some quick cash by making a very dodgy investment. After all, he has a yuppie image to keep up!

His pal Denzil (Paul Barber) gets lumbered with a load of dolls from a factory that has gone up in flames, and Del takes them off his hands. Unbeknown to the Trotters, Del Boy has stupidly bought a consignment of blow-up sex dolls that are laced with explosive gas.

As Del, Rodney (Nicholas Lyndhurst), and dear old Uncle Albert (Buster Merryfield) sat bickering in the living room of their Peckham flat, they are confused by a hissing sound when suddenly one of the dolls inflates from behind the bar, as the trio to run out of the room in a panic. Del later suggests flogging the dolls to a sex shop owner called Dirty Barry.

The wheeler-dealers go down Walworth Road to pay Dirty Barry a visit but unfortunately, he’d just had his license revoked and was only selling his stock as the council had closed him down. Barry also tells Del Boy and Uncle Albert that he hopes they aren’t the dodgy blow-up dolls the police are looking for, of course, they were – but the Trotters lie.

The part of Dirty Barry was played wonderfully by the late actor Walter Sparrow and over 16 million viewers tuned in to watch Danger UXD when it first broadcast on the BBC.

Born in Eltham in South East London, Walter’s career started as a stand-up comic before moving to acting with a period with the Royal Shakespeare Company, his big break came in 1964 when he starred alongside Christopher Lee in Dr Terror’s House of Horrors.

However, one of his most famous roles came two years after Dirty Barry when he played Duncan in Robin Hood: Prince of Thieves.

The Hollywood flick starred Kevin Costner in the lead role, Morgan Freeman as Azeem, Alan Rickman playing the part of the Sheriff of Nottingham, and Christian Slater as Will Scarlett.

Duncan was Robin Hood’s father’s servant and brutally had his eyes cut out leaving him blind but, as he noted: “There are some things I still see.

Following his role in Robin Hood, Walter continued an exciting acting career with parts in many popular films including The Secret Graden (1993), Lord Eshton in Jane Eyre (1996), and Maurice in Ever After (1998).

Being no stranger to the small screen, Walter also starred in The Bill, Gone to the Dogs, Emmerdale, Paris, Birds of a Feather, Thin Blue Line, Heartbeat, and Honky Sausages.

Tags
Only Fools and Horses 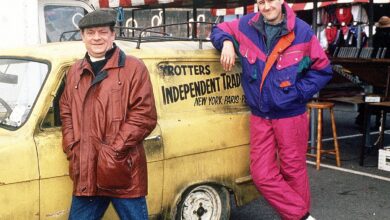 David Jason wanted to distance himself from Del Boy role: ‘Gets you down’ 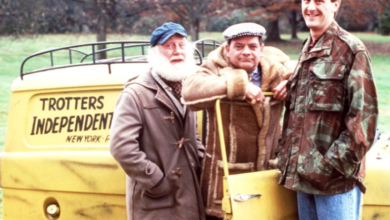 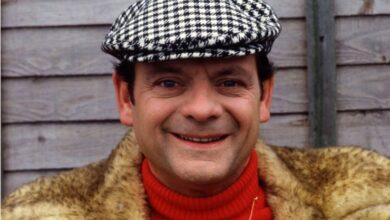 Only Fools and Horses: The real life well-dressed ‘tough bloke’ from London who Del Boy was based on 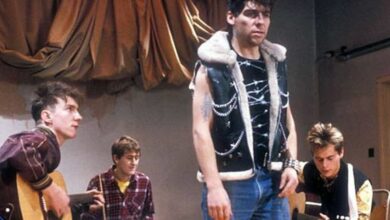