The ’70s and ’80s are having a moment on the silver screen, or, more accurately, the computer screen. In the past few months, almost every major streaming service has touted a show based in one of the two decades, from Netflix’s Halston to Apple TV+’s Physical, showing multiple facets of late 20th century American culture in a limited series format. For those wistfully nostalgic of the time period when they were young, or Zoomers adamant they were born in the wrong era, these shows provide an escapist look into the past. But for costume designer Beth Morgan, they have created quite the problem.You’ll
Sign UpW DailyYour daily digest of the biggest stories in style, film, TV, music, and more.In & Out WeeklyThe ultimate cheat sheet to what’s trending this week.SUBMIT

When Morgan set out to dress the actors of her latest project, HBO Max’s Minx, she found herself surrounded by others with similar agendas. “At the time we were shooting Minx, I think there were four other ’70s-based shows in production,” Morgan told W. The fish out of water story follows a Vassar-educated feminist journalist forced to compromise her vision and values in order to watch her magazine come to life. Her dreams of creating the next Ms. magazine are crushed when she realizes the only way to the top is to create a pleasure publication for women. Minx is set in Los Angeles during the ERA-imbued 1970s, which placed it smack dab in that current TV hotspot, and created a challenge for Morgan to find costumes no one else was using. “It’s necessary to make sure your characters are individualistic and you’re not putting your leads in something that’s been in American Hustle,” she said.

Luckily, at this point in her 20-year career, Morgan is a pro. Thanks to her time in the wardrobe department of Netflix’s Glow, she has a lot of experience sourcing authentic pieces for period comedies. But while Glow’s ’80s setting called for ruffles, spandex, and leg warmers, Minx is set in the time of fringe, bell bottoms, and a whole lot of pussybow blouses.

“There’s something about wearing ’70s clothes that makes people more confident than other time periods,” Morgan said. “I think we all have this idealized version of what people’s lives were like in the ’70s and it seems like such a fun time. Everybody was doing drugs, living free, listening to amazing music. And I think when people put on the clothes from the time period, they can’t help but feel what it represents.” Below, Morgan breaks down the looks of the four principal characters of Minx and the stories behind some of her favorite pieces in the show.

Ophelia Lovibond’s Joyce is not shy about what she wants in the world. She wants equality for the sexes, the realization of her feminist magazine, and apparently, enough pussybow blouses to last a lifetime. (So far, only three episodes have aired and we’ve barely seen Joyce in anything else.) While she may hold many of the same beliefs as her bra burning feminist contemporaries, she’s not ready to rock the bell bottom jeans and tight tees that became the uniform for many notable female voices in the decade.

With Joyce, Morgan wanted to portray the spectrum of feminism at the time. In many ways, the movement was very fractured, especially when it came to the way women presented themselves. With her fitted suits and blouses, Joyce’s ideas of power are clearly still very rooted in relation to men. Instead of creating a new kind of professional dress code, she wants to join the one already established.

Don’t expect Joyce to stay in her suits, though. Morgan explained that Joyce’s wardrobe helps to illustrate “a trajectory” the journalist takes throughout the season. “She’s not able to relax for a long time within the show,” Morgan said, but as Joyce continues on her journey, she begins to see some of the “flaws in her way,” her overuse of a pussybow hopefully being one of them.

If Joyce is addicted to pussybow blouses, the entrepreneurial Doug has a similar relationship with wildly printed shirts. Normally, Morgan prefers to get a designer to create a costume, so it’s original and hasn’t been seen before. But the necessity to use authentic fabrics for the time period made that impossible for Minx. She went thrifting, specifically to her favorite destination, Recess, a consignment shop in La Brea.

“We had such a fun time hunting them down,” Morgan said of the quest to dress Jake Johnson. “We always made sure the theme on the shirt made sense for his character.” Often a pause on the programming is required to truly appreciate Doug’s spirited tops, which would greatly stand out in almost any other context, but blend in among the patterned employees of Bottom Dollar.

While Johnson’s shirts were authentic, his own touches of styling often were not, something that concerned Morgan while on set. She would hike up his pants to the height where men wore them in the ’70s, many inches higher than the custom now. “He would walk away, put his hands in his pockets, and pull his pants down because he hated them up so high,” Morgan recalled. “I was really concerned it would ruin the look and I would give him such shit about it all the time, but I feel like it didn’t factor in.”

It’s possible the audience doesn’t notice the pant height because they’re too distracted by Doug’s onslaught of bling. “As the season progressed, [Johnson would] be like, ‘I need another bracelet. Can I get another ring?’” Morgan revealed. “By the end he has four bracelets on with seven rings.” And that’s not even mentioning the giant gold medallion that hangs around Doug’s next throughout the series, a piece Morgan put a lot of thought into.

“It’s this genuine piece we found thrifting and I decided his mother gave him,” Morgan said about the necklace, which features an angel, hanging heart, and amethyst. “I like to think it’s a piece that has a lot of sentimental meaning to Doug.”

Then there’s Tina, Doug’s right hand woman who may even manage to wear more patterns than her boss. While Tina is clearly the foundation of Bottom Dollar, an observant wallflower who holds the whole operation together, her clothes are anything but muted.

Take the golden mesh dress she wore to the country club pitch meeting in episode two: “She can’t help but have her essence come through in all these beautiful patterns she picks and the amazing necklaces she wears,” Morgan said of Idara Victor’s Tina. “We wanted to make sure her personality fought through.” Even in the office, where Tina sticks to the classic work silhouettes, she “has a spin of individuality” in the patterns and fabrics she chooses. She almost sits in the middle of Bambi and Joyce, showing her clear experience at walking the line of professionalism and originality so effortlessly.

Speaking of Bambi, it’s interesting to look at her character in relation to Joyce, as both women are so aware of the male gaze, albeit in very different ways. While Joyce works tirelessly (and in many ways, fails) to free herself from it, Bambi doesn’t know how to define herself without it, which manifests in the way she dresses and how it changes throughout the season.

“I think she was truly happy,” Morgan said of Jessica Lowe’s Bambi and her outlook on life when the story begins. “And it wasn’t until Joyce comes into her life that she considers other options.” Because of that, Morgan said Bambi “starts dressing more for herself than for men.” As the season continues on, though she doesn’t lose what makes her uniquely Bambi. “She still wants to be happy and loose in a way,” Morgan said. That led the costume team to really have some fun with the actress, putting her in a lot of fringe and wrap dresses, making her the true poster child (or centerfold) of the ’70s. 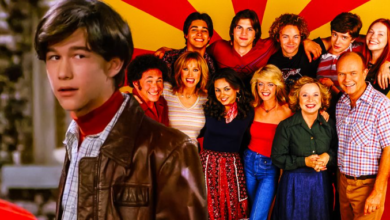 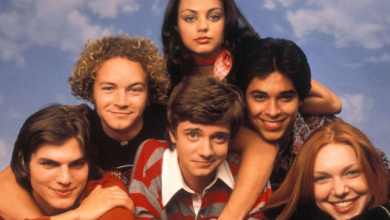 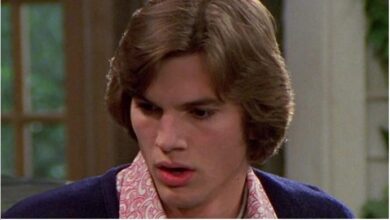 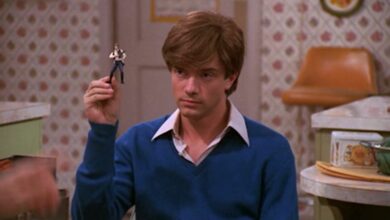 That ’70s Show: 10 Things About Eric That Would Never Fly Today